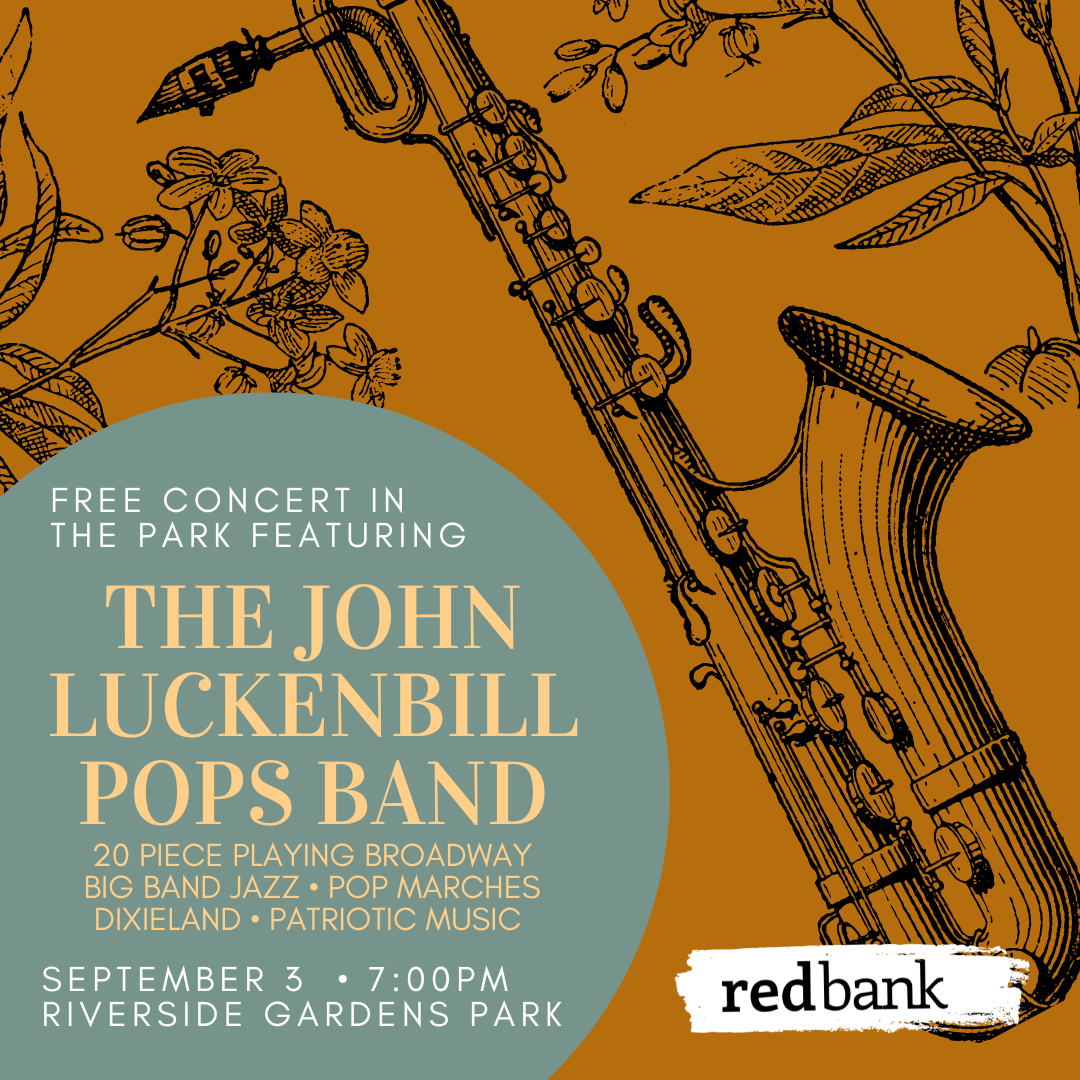 Join us on September 3rd for a free Labor Day Weekend Concert in Riverside Gardens Park featuring The John Luckenbill Pops Band! The 20 piece concert band will be playing Broadway, big band Jazz, pop marches and patriotic music. Grab a bite in town and bring a chair to enjoy a beautiful night of music on the Navesink! Concert begins at 7pm.

About The John Luckenbill Pops Band: