RED BANK – A variety of lifelines kept George Lyristis’ Red Bank restaurants afloat as he coped with the COVID-19 pandemic that crippled the restaurant industry.

The customers who bought gift cards allowed him to cover his employees’ last paychecks before they went on unemployment. The quick pivot to takeout kept his kitchen staff working as he was shutting down his indoor dining. And ultimately Red Bank’s “Broadwalk,” the pedestrian plaza the borough created last summer, gave restaurants a place to set up tables in the street when COVID-19 concerns kept indoor dining closed or restricted.

“They were just lifesavers at that point,” said Lyristis, who owns The Bistro at Red Bank and Teak in Red Bank and Greek Eats in Shrewsbury. “If you weren’t ringing (the) register, you weren’t making it. (Municipal officials) tried to do as much as they could for all of us.”

Downtowns across the Jersey Shore closed their streets and converted the space to outside dining plazas last summer out of necessity. Owners and officials alike said the outdoor space made the difference between businesses closing or staying afloat for another year.

But as towns are starting the second year of these pedestrian plazas, some say they are looking at whether the pandemic-induced life preserver could be a permanent feature of their downtowns. Red Bank is one town that has seen the benefit of Broadwalk, its pedestrian plaza created by closing Broad Street from Front to White streets, and plans to keep it.

“The plaza saved a lot of businesses in town,” said Red Bank Councilman Hazim Yassin. “This year, it’s less about saving them and more about having a successful downtown area for the town.”

‘The restaurants would have closed’

Look no further than Toms River to see just how critical the pedestrian plazas were to businesses. Restaurants along Washington Street typically had catered to a daytime crowd, serving lunch to the county, municipal and private sector employees who work in walking distance as well as the students from Toms River High School South.

The steady supply of customers dried up quickly as the schools and workplaces shifted to remote operations. Officials knew they needed something to support those businesses quickly, said Mairin Bellack, executive director of the Downtown Toms River Business Improvement District.

That something was “Downtown Night Out,” a pedestrian plaza on Washington Street from Main to Robbins streets that opened on Friday and Saturday nights. Downtown Night Out started again this past May 1 and will run through October, Bellack said.

“If we didn’t have it, the restaurants would have closed,” she said.
But Downtown Night Out didn’t just give a boost to businesses, Bellack said. It also cemented the notion in Toms River residents’ minds that their downtown was not just a place for lunch but a nighttime destination.

The downtown district was boosted by the opening of Battle River Brewing and Garden State Distillery Co., both located on Main Street. Restaurants also worked together to pair their featured fares with their neighbors.
And the Business Improvement District brought in music and theatrical entertainment that put on plays that moved from restaurant to restaurant for different scenes, Bellack said.
“This is a whole evening affair you can have. You can get cupcakes, have dinner, go to a distillery,” she said. “I’m looking forward to seeing it grow.”

Ultimately, it will be up to the Ocean County Commissioners if Washington Street, which is a county road, will close for Downtown Night Out after the pandemic is over. But Bellack said Downtown Toms River is planning to keep the momentum created by its first year going either way.

‘Take it away from cars and give it back to people’

Asbury Park also built on the success from the first year of its pedestrian plaza on Cookman Avenue when it planned for Year 2.
This year, the city flipped the location of walkways and restaurants’ tables, pushing the tables more toward the center of Cookman Avenue. That balances the needs of restaurants for the outdoor dining, but also allows pedestrians to walk closer to the storefronts and allow them to browse the window displays of boutiques.

Asbury Park Chamber of Commerce Executive Director Sylvia Sylvia-Cioffi said she appreciated the city’s flexibility and willingness to take suggestions from businesses regarding the 2021 pedestrian plaza, which is critical for those businesses to help recoup profits that were lost during 14 months of the pandemic. Casey McDonald, owner of Rebel Supply Co. sees the pedestrian plaza as a win for her business even though she decided not to place her merchandise on the street this year.
Her store — and others along the pedestrian plaza — becomes a waiting room of sorts as diners browse racks while they wait for an open table.

“I’m guaranteeing it helped the restaurants and, in turn, it’s good for me,” she said.

McDonald sees limited parking — a problem Asbury Park has been trying to overcome even before the pandemic — as a hurdle to having the pedestrian plaza become a more permanent fixture along Cookman Avenue.

The pedestrian plaza could be something Asbury Park incorporates into its future plans for expanding parking if the community and city leaders ultimately decide it is something they want, said Michael Manzella, Asbury Park’s deputy city manager and director of transportation.

“It’s one of the good things that came out of the pandemic. We learned that if you can repurpose the space, take it away from cars and give it back to people, you can create this great atmosphere,” he said.

And that’s what Red Bank is doing. Broadwalk was an idea Red Bank had batted around for a few years before the pandemic forced them to act on it, said Yassin, the Red Bank councilman.

The Broadwalk had some tweaks last year. It was initially took up a bigger stretch of Broad Street and part of Monmouth Street three days a week. But downtown business officials realized that the bulk of the businesses using the space were along the stretch from Front to White streets.

So the borough slimmed down the area of the Broadwalk, while providing restaurants outside of the pedestrian plaza with “streateries” — cordoning off parking spaces in front of the restaurants for tables. And the Broadwalk and streateries remained open seven days per week, which cut down on the city’s cost of moving concrete barriers.

Red Bank RiverCenter, the nonprofit organization that promotes the downtown, used its StreetLife program, which puts musicians and artists in the downtown district, to attract visitors coming for Broadwalk to different parts of the city, Executive Director Laura Kirkpatrick said.

Combined, the efforts drew in visitors at times that Red Bank normally considers off-peak hours, when people are at the beach, Yassin and Kirkpatrick said.

Kirkpatrick said it’s not hard to see why Broadwalk was a draw: Visitors enjoyed a quality meal outdoors at dusk against a backdrop of Red Bank’s trademark lights and historic architecture.

Red Bank wants to capitalize on preplanned sewer line replacement project this fall to make it easier for borough workers to set up and take down Broadwalk. While the street is open, the borough will install retractable bollards that will be easier to move than concrete construction barriers.

That means the borough can easily reopen that section of Broad Street for a day or two a week if the Broadwalk isn’t as busy, Kirkpatrick said.

The pedestrian plazas create some logistical issues that are different for each town.

Manasquan created its pedestrian plaza by closing Main Street from Route 71 to Broad Street, which is also a main entrance point to the borough’s beaches. Closing the streets on the weekends, when the beach already draws in large crowds, would be counterproductive to the goal of helping boost businesses, Mayor Ed Donovan said.

Instead, Manasquan opted to host its pedestrian plaza on Wednesday and Thursday nights, which doesn’t impede the beach traffic. The mid-week plaza also fits better with the family friendly atmosphere of Manasquan, creating a destination for both the local families and those who come to the borough for vacations, Donovan said.

Manasquan reopened its pedestrian plaza this year starting in April.

“It’s proven to be successful,” he said. “People like it, both the customers and retailers. We’re just trying to do everything we can to help our businesses survive.” 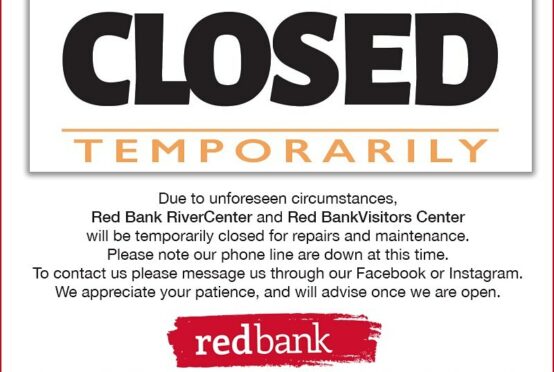 Due to unforeseen circumstances, Red Bank RiverCenter and Red Bank Visitors Center will be temporarily closed for repairs and maintenance. 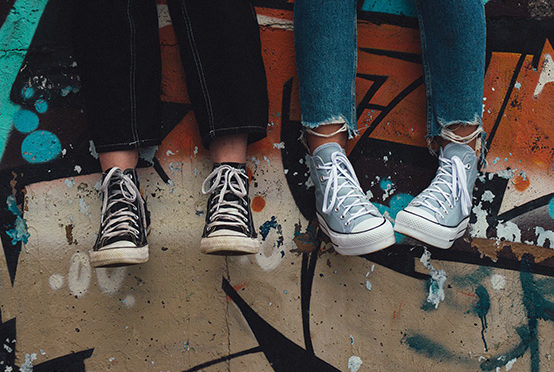 What are some things teens and tweens like to do… Shop? Eat? Hang out with friends? Red Bank has many…